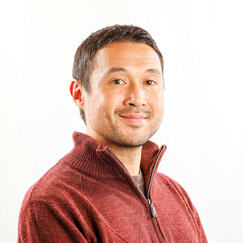 ​My name is Myers Reece. I'm the executive director of Underscore News, a nonprofit news organization in Portland, Oregon that focuses on in-depth reporting and Indigenous news in the Pacific Northwest, and publishes its stories widely in tribal and non-tribal outlets across the state, region and nation. Underscore is a partner of Indian Country Today, the largest Indigenous news site in the U.S.

As executive director, I oversee strategic planning, organizational and operational leadership, hiring, fundraising and external outreach for Underscore, whose diversity-driven mission is twofold: to give tribal communities access to high-quality news and to deliver that news to non-Native audiences to facilitate a deeper understanding of Indigenous communities and issues.

That commitment to diversity and equity extends beyond coverage to our internal operations and philosophies, including hiring and an Indigenous journalism fellowship we launched in 2022 in partnership with the University of Montana. Underscore is a majority BIPOC organization, including a talented team of Indigenous journalists. I'm also the president of the Portland chapter of the Asian American Journalists Association, whose mission is to advance diversity in newsrooms and ensure fair and accurate coverage of communities of color.

​I'm also a founding member and former managing editor of the Flathead Beacon, which is Montana's biggest independent newspaper and is perennially named the state's best weekly. Outside magazine featured the Beacon as one of the "Best Places to Work" in the nation, while a Columbia Journalism Review article said it has "the best newsroom in Montana." Until October 2021, when I transitioned from the Beacon to Underscore, I also served as managing editor of Flathead Living, a quarterly publication that the Montana Newspaper Association annually names the best magazine in its division.
​
My journalism, fiction and essays have been published in magazines and literary journals across the country, including Condé Nast Traveler, Hatch Magazine, Flyfisher, The Drake, Big Sky Journal, Whitefish Review, and Montana Quarterly, while my work has also appeared in newspapers throughout the U.S. Additionally, my writing has been included in two anthologies, Unearthing Paradise: Montana Writers in Defense of Greater Yellowstone, a finalist for the 2017 High Plains Book Awards, and Montana: Warts and All​, a collection of the Montana Quarterly's best writing from the last decade. The Society of Professional Journalists has named the Quarterly the best overall magazine in the Northwest U.S. three times in recent years.

My writing has won dozens of awards, including numerous first-place honors from the Montana Newspaper Association. In addition to receiving the state's top public service award for a series on law enforcement corruption, I've earned first-place recognitions for my outdoors, educational, environmental, business, and investigative reporting, as well as column writing. While at the University of Montana, I received the Pat Burke Memorial Scholarship after writing a series on debt and dysfunction within the athletics department.

My father is Parks Reece, an eccentric North Carolina hillbilly turned globally acclaimed artist, who has held exhibits from Hollywood to Shanghai but prefers to keep it close to home in Montana. My mother is a small but determined Japanese woman who's regarded in knowledgeable circles as one of the finest unpaid chefs in Montana, and undoubtedly the best party host. Friends start stories about my wedding with drooly descriptions of her sushi before mentioning that it was also kind of cool that I got married.

When I'm not writing, I'm usually fishing or running or finding other ways to enjoy the U.S. West's wonders, almost always accompanied by my lovely wife, Kate, a licensed clinical social worker who spends too much of her free time offering me free therapy, along with our two sons, Fisher and Gus.

They've all learned to ignore me when I have manic conversations with my computer screen, demanding that it cough up good sentences. I've assured them it's essential to the creative process. And they don't question it, because they're eternally supportive like that.

Email me at myers@myersreece.com or fill out the form on my contact page.